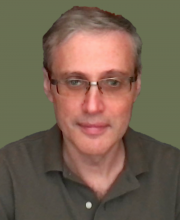 In 2010 he won the ERC grant (1.3 million dollars) for the project “Jews and Slavs in the Middle Ages.” Together with Moshe Taube he initiated and headed the international research group “Cultural Archaeology of Jews and Slavs: Medieval and Early Modern Judeo-Slavic Interaction and Cross-Fertilization” held at the Israel Institute of Advanced Studies in 2011. He directed the German-Israeli Foundation project “Judeo-Christian Encounters and the Last Lingua Sacra of Europe” (with Florentina Badalanova Geller, Rainer Kampling, and Moshe Taube; funded by GIF), “Slavonic Pseudepigrapha in the Intercultural Transmission” (funded by ISF), “The Bible in Russian Modernism” (with Roman Timenchik; funded by ISF). Currently Kulik is directing the project “Jews in Eastern Europe: 10th-14th centuries” (funded by ISF) and compiles The Cambridge Apocalyptic Reader (with L. DiTommaso). He has founded and headed the Brill book series StudiaJudaeoslavica.